Romania, the country with the smallest number of atheists in the EU 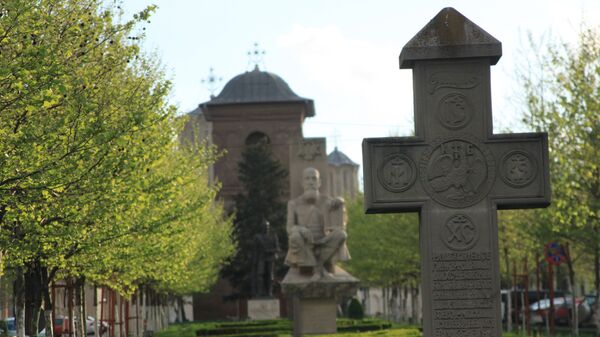 According to the official statistics on the religiosity of the populations of the EU member states, the Romanians are among the most faithful citizens in the EU. In what countries most people do not believe in God.

BUCHAREST, 24 aug — Sputnik. Romania is the country with the smallest number of atheists in the European Union, with only 1% of Romanians saying they do not believe in the existence of any divinity, according to a recent market study conducted by Eurostat.

Surprising statistics: a record number of Romanians in the UK

According to the study, 92% of Romanians believe in the existence of God, which places our country after Malta, where 94% of the population is faithful.

However, according to the most recent research in Romania, our country is the most religious in the bloc. A survey conducted by the Romanian Institute for Public Opinion Research INSCOP, commissioned by Adevarul in July 2015, showed that 96.5% of Romanians believe in God.

Another study, carried out in 2012, revealed that, in the European Union, 72% of Europeans are Christians, 16% agnostics, 7% atheists and 2% Muslims.