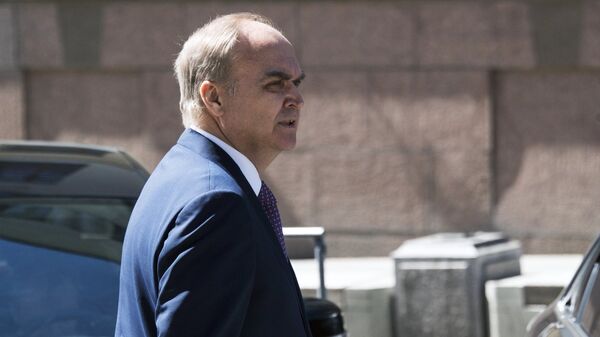 Deputy Foreign Minister Anatoly Antonov will serve as new Russia's ambassador to the United States instead of Sergei Kislyak, who had held the position in 2008-2017.

"Appoint Anatoly Ivanovich Antonov as Russia's Ambassador Extraordinary and Plenipotentiary to the United States of America and Russia's Permanent Observer in the Organization of American States in Washington," the decree signed by Putin states.

Former Russian Ambassador to the US Sergei Kislyak had been Moscow's envoy in Washington since July 2008, and returned to Moscow in July to work in the upper house of Russia’s parliament, Federation Council, acting on behalf of one of Russia's governors.

There were numerous speculations, especially in US mainstream media, over Kislyak’s alleged activity of spreading Russian influence in the United States, including during the 2016 US election. The Russian officials have firmly denied the allegations.