UK will be free to introduce visas for Romania after Brexit 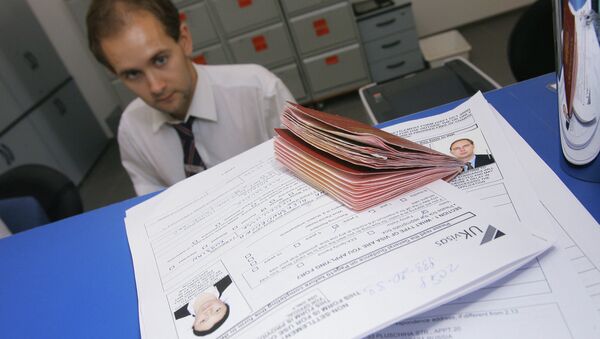 David Davis, Britain's Brexit Secretary, said, at a press conference, that UK will be free to introduce visas for some EU members after Brexit.

BUCHAREST, 29 sept — Sputnik. Britain's chief negotiator and his EU counterpart, Michel Barnier, gave information, at a press conference, about the fourth round of negotiations that took place this week.

Davis was asked by Euractiv if UK intends to introduce visas for Poland, Bulgaria and Romania after Brexit or whether a commitment not to do so would be part of the deal.

"Oh yes, I mean, we will. Strict question. We will be free to, yes, we will no longer be a member of the European Union, we will be free to operate our migration policy as we see fit. As I've said before, that does not mean that people from the EU countries will not be able to come to Britain and work in Britain, but we will have that freedom", Davis said.

The "exit" campaign of those who supported Brexit was largely built on messages that Poles, Romanians and Bulgarians would thus be prevented from taking jobs from British citizens.

According to the EU visa policy, if the UK as a third country introduces visas for instance only to Poles, then all the 27 members should impose visa requirements for British citizens. However, this rule has proved to be impractical, at least in the context of EU-US relations. The citizens of Poland, Cyprus, Croatia, Romania, and Bulgaria still need visas to go to the US.