Moldovan President Worried about future of Romanian schools in Ukraine 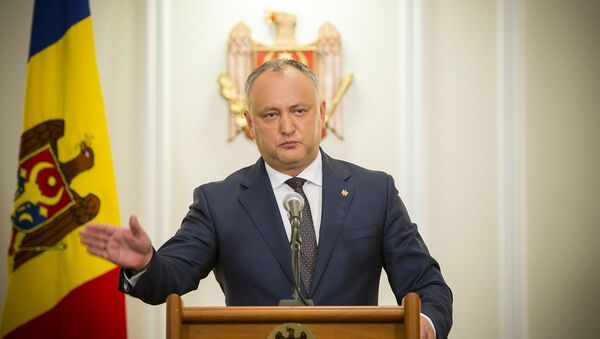 Moldovan President Igor Dodon expressed concern on Monday about the future of the Romanian and Moldovan ethnic minorities in Ukraine after the country's parliament passed a bill making Ukrainian-language education compulsory for all schoolchildren nationwide, regardless of their ethnicity.

BUCHAREST, 11 September — Sputnik. The country's Education and Science Minister said that according to the recently-adopted law, schoolchildren of ethnic minorities will have to learn certain subjects in Ukrainian in grades 5-9, while in high school all subjects will reportedly be taught exclusively in Ukrainian.

"In this respect, I express my concern over the situation in the large community of Romanians and Moldovans, living on the territory of Ukraine, the community, which is now at risk of denationalization as a result of the unjust law implemented by Kiev," Dodon said in his Facebook account.

The Moldovan leader added that the majority of multi-ethnic countries make efforts to secure the rights of minority cultural communities.

"One of the main missions of democracy is to protect the rights of ethnic minorities, promote tolerance toward culture and the traditions of compatriots, as well as respect for their willingness to raise children in their native language," Dodon said.

The Moldovan president urged Kiev to review its new policy toward ethnic minorities, stressing that the rights of the Ukrainian community in Moldova are thoroughly protected.

In his remarks, Dodon echoed the concerns which were expressed by the governments of Hungary and Romania earlier in the month. Budapest and Bucharest argued that the new education law in Ukraine violated the rights of ethnic minorities. Hungary's Foreign Ministry also stated that the country would refrain from supporting decisions which are important for Kiev on the international arena.