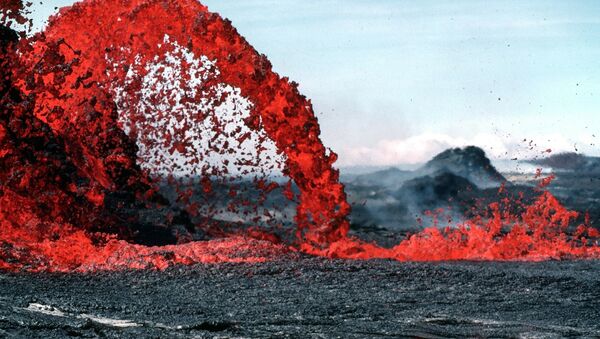 When scientists seek to understand the Earth's climate, they look to the past – previous, analogous episodes in the planet's environmental history are an informative guide to what to expect from current conditions. A new paper authored by an international team examines the Paleocene-Eocene Thermal Maximum, and offers some troubling conclusions.

PETM is a palpable incidence of sudden and seismic global warming, driven exclusively by greenhouse gases, which occurred 56 million years ago, and was precipitated by a sudden surge of carbon dioxide released into the atmosphere.

This burst inflicted warming on a vast scale, and a large change in the pH of Earth's assorted oceans — and it took over 100,000 years for environmental conditions to return to a state approaching what had become before. During that lengthy period, the rate of species extinction rose, while "luckier" ecosystems were merely disrupted significantly, or shifted by thousands of miles from their original home.

However, understanding PETM has hitherto been challenging — it's not clear how much carbon entered the atmosphere during that time, or where it came from.

However, the paper draws on available information about carbon dioxide levels and isotope ratios, combining them with data on the amount of carbon that dissolved into the oceans, with the result providing a fairly clear indication.

​The answer is 10,000 gigatonnes — and it was birthed into the big, wide world by volcanoes.

Perhaps the most troubling finding in the paper is the PETM was relatively slow compared to the Earth's current warming rate.

​During that sweltering epoch, Earth warmed through a series of "hyperthermal" periods, in which orbital changes drove short periods warmer than baseline climates. Then a massive influx of carbon into the atmosphere caused temperatures to by around five degrees Celsius, triggering acidification of oceans, in turn setting off an extinction event.

The warming took under 20,000 years to occur, but the planet stayed unprecedentedly warm for about 200,000 years.

A variety of sources have been suggested for this carbon deluge — a comet breaking up in the atmosphere, the impact of which released methane trapped on ocean floors, was perhaps most popular.

The international team of scientists sought to conclusively identify the cause using a series of controls — temperature, carbon isotopes and oceanic pH. They applied these measurements to a virtual ocean-climate model, running simulations of the likely climate during PETM at weekly intervals across its entire 200,000-year span.

Their final estimate suggests 10,000 gigatonnes of carbon were added to the Earth's atmosphere over the course of 50,000 years, a rate of 0.2 gigatonnes annually. By way of contrast, in 2017, humans add 10 gigatonnes a year.

Instead, it took over 100 times that total, making the current rate of climate change unprecedented. While Earth may have endured a temperature change as rapid at another point, an indication it ever hasn't been yet uncovered.

​The study also confirms recovery from PETM was extremely sluggish — warm conditions and high carbon dioxide levels boosted plant growth, but the volume of carbon this extracted from the Earth's atmosphere was not significant.

Instead, chemical weathering of rock and burial of organic carbon in the ocean were apparently the main drivers of the removal of carbon, and this process took well over 100,000 years.

Reasons to Be Cheerful

Despite the apocalyptic implications of the paper, it is replete with gobbets of good news.

Firstly, that volcanism belched a large majority of carbon into the atmosphere suggests no big tipping points lie ahead of humankind in respect of atmospheric carbon.

Some scientists have feared global warming could destabilize methane deposits in oceans, or release vast amounts of carbon through thawing permafrost — as PETM wasn't caused by these sources, this could suggest it's difficult for warming climates to release carbon from such sources on a global scale.

​Furthermore, climate's sensitivity to carbon dioxide doesn't appear to change if and when Earth warms up.

Still, if the study's authors are correct, Earth — and its inhabitants of every stripe — haven't experienced anything even approaching current conditions at any point in history.