Romanian Foreign Affairs Minister: Romania could join the Eurozone in 2022 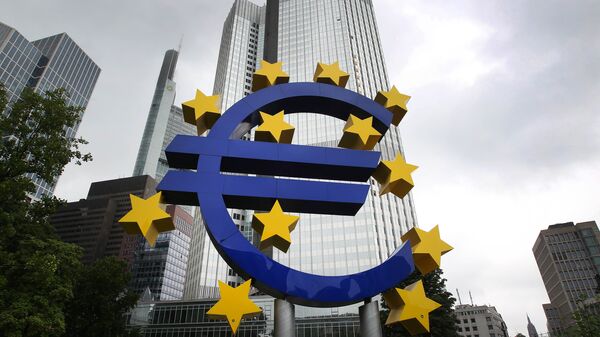 Teodor Melescanu, the Romanian Minister of Foreign Affairs, announced in an interview the year in which Romania, one of the fastest-growing economies in the EU, could enter the Eurozone.

BUCUREŞTI, 29 aug — Sputnik. Romania, one of the fastest-growing economies in the EU, could join the Eurozone in 2022, after the increase in the incomes of its poorest citizens, Romanian Minister of Foreign Affairs, Teodor Melescanu, said in an interview with Polish Rzeczpospolita Daily, according to Agerpres.

"The accession to the Eurozone is a political decision that we have adopted many years ago. Currently, we already meet all formal requirements, so we could join the currency union even tomorrow. But we're afraid that it will have a negative effect on the poorest, pensioners' incomes," Teodor Melescanu said.

The Eurozone currently consist of 19 member states. The latest country to join the Eurozone is Lithuania, which made the changeover to the Euro in 2015.

Romania continues to be one of the poorest countries in the EU, although, paradoxically, the country is one of the fastest growing economies of the European Union, with gross domestic product expected to expand by 5.5-5.6 percent in 2017.

Most of the EU member states that haven't adopted the Euro, including Denmark, Sweden, Poland and the Czech Republic, recovered from the 2008 global financial crisis more quickly than the countries outside the Eurozone.

According to the Romanian Prime Minister, Mihai Tudose, there is no deadline established for the Romania's adherence to the Eurozone.

"We didn't set a deadline. As soon as possible, but we don't want to skip stages, since by doing this we will do more harm than good," Tudose said.