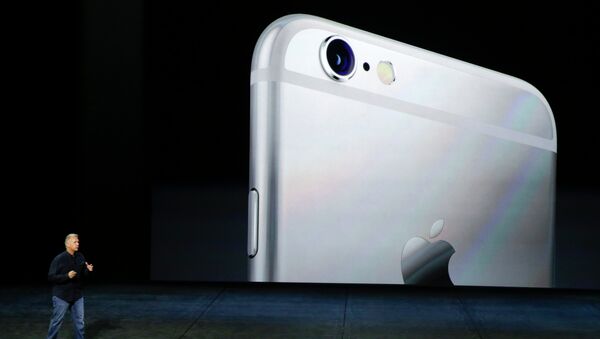 Leaked images revealed that Apple's iPhone 8 comes with a 3D camera that is rumoured to be able to scan users' faces in "millionths of a second".

BUCHAREST, 24 aug — Sputnik. A leaked image shows the 3D camera for the Apple's upcoming iPhone 8, which is rumoured to have a scanner that can unlock the phone with facial recognition, according to telegraph.co.uk.

The iPhone 8's 3D scanner could also be used for the augmented reality applications.

As reported by the Korean Herald newspaper, the iPhone 8's new facial recognition software has 3D sensors that are able to scan users in "millionths of a second", a speed that would make it capable of replacing the Touch ID fingerprint scanner.

Therefore, an infrared scanner will be able to unlock the phone using facial recognition. The technology, dubbed Pearl ID, could also be used to log in to apps and verify Apple Pay transactions.

It is also reported that the new iPhone could use facial recognition to tell when owners are looking at it, so that notification sounds can be muted with a glance.