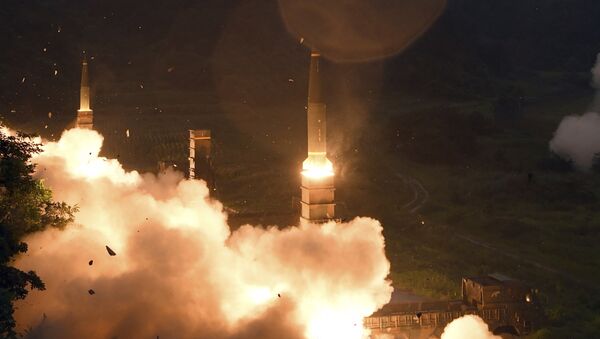 Washington and Seoul are running the risk of inflaming conflict on the Korean peninsula, Chinese expert Liu Zhao and Russian academic Konstantin Asmolov told Sputnik, referring to the fact that the US and South Korea have obviously chosen a bad time for their Ulchi Freedom Guardian military drills.

Given the high level of tension between Washington and Pyongyang the US-South Korean military drills may trigger conflict, experts told Sputnik China.

"The ongoing joint exercises are being held amid high tension on the Korean peninsula, when the quarrel between the United States and the Democratic People's Republic of Korea (DPRK) has reached a critical point," expert on Korean affairs Liu Zhao of Liaoning Academy of Social Sciences highlighted in an interview with Sputnik.

"If the scale of the exercises causes a new surge of anger on the part of the DPRK, it may further aggravate tensions on the Korean peninsula and this cannot but be a source of alarm," Liu stressed.

Indeed, according to Yonhap, North Korea threatened Washington and Seoul with "ruthless retaliation" over the ongoing Ulchi-Freedom Guardian military drills.

"The US should take the whole responsibility for catastrophic results from its reckless war game as it chooses to make a military confrontation with us," the state-owned Korean Central News Agency (KCNA) warned, as quoted by Yonhap.

On Monday South Korea and the US kicked off their annual 10-day joint military exercises which brought together up to 17,500 US servicemen and 50,000 South Korean troops.

"Although the US-South Korean exercises are called 'regular,' they have undergone substantive changes  the recent years," Liu said, "The number of forces involved in the joint maneuvers has been growing steadily. That gives the DPRK certain grounds to consider them a threat to national security and launch new tests of nuclear devices and missiles more assertively."

"You could say that both US-South Korean military drills and the DPRK's nuclear missile tests pose a challenge to the security and stability of the Korean peninsula, these are very risky actions," the Chinese expert warned. 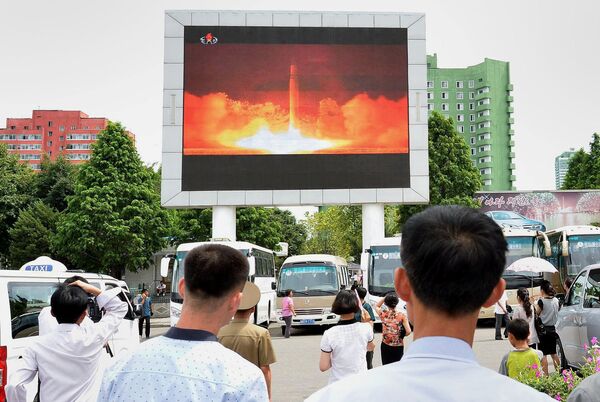 Konstantin Asmolov, an expert at the Institute for Far Eastern Studies at the Russian Academy of Sciences, echoes Liu.

"Usually Pyongyang reacts with a wave of statements," Asmolov told Sputnik, "Sometimes, [North Korea] responds with missile tests and shooting at the US-South Korean military exercises. Let's see what will happen, nothing can be ruled out."

The situation in the region will worsen due to the ongoing drills, the Russian expert believes.

During the 2015 Ulchi Freedom Guardian drills, Seoul and Pyongyang exchanged artillery and rocket fire. The incident occurred after two South Korean soldiers were injured, having blown up on mines in the demilitarized zone. South Korea accused North Korean soldiers of mining the territory.

China and Russia have repeatedly called upon Washington and Seoul to consider the "double-freeze" plan that envisaged bringing both North Korean missile tests and US-South Korean military exercises to a halt in order to start a constructive dialogue.

Ahead of the drills, Chinese Foreign Ministry urged the US and South Korea to suspend the Ulchi Freedom Guardian military maneuvers, citing security concerns.

"The current situation on the Korean peninsula is highly sensitive and fragile, which requires the directly concerned parties including South Korea and the US to make joint efforts to ease the tensions," Chinese Foreign Ministry spokeswoman Hua Chunying said.

To further complicate matters, the ongoing drills appear to be grossly excessive in scope, Asmolov pointed out.

"One can compare [the Ulchi Freedom Guardian] with the Russo-Belarussian military exercises 'Zapad' [West], in which at least half the number of servicemen are involved," the Russian expert noted.

"Meanwhile, both Ukraine and the Baltic countries have raised alarm over the [Russo-Belorussian] drills. If the [Zapad] exercises on Russia's western borders were of the same scale as the South Korean-American drills… then I think this issue would have been already actively discussed in the UN Security Council," Asmolov underscored.