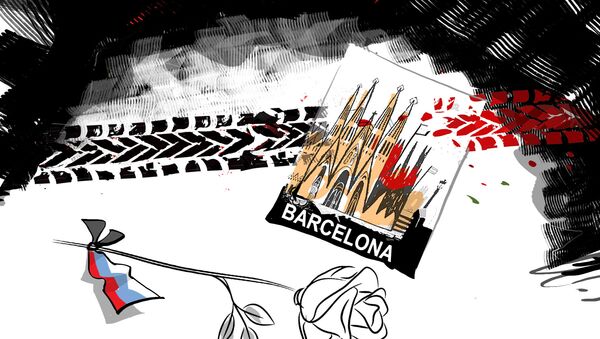 Russian President Vladimir Putin, along with the country's foreign ministry officials and thousands of ordinary Russians, offered his condolences to the people of Spain and to friends and relatives of those harmed during a series of terrorist attacks in Catalonia.

The Russian leader condemned this "cruel and cynical crime perpetrated against ordinary citizens", offering his condolences to the King of Spain, Philip VI, as well as the friends and relatives of those harmed in the attack.

"We convey the words of sympathy to the people of Spain. We mourn together with you," the Russian Foreign Ministry officials added.

A series of terrorist attacks rocked the Spanish region of Catalonia, leaving at least 13 people dead and over 100 injured. The terrorist group known as Daesh (ISIL/ISIS) has already claimed responsibility for the atrocity.