(VIDEO) Impressive: Human chain on the Romanian seaside to save two lives 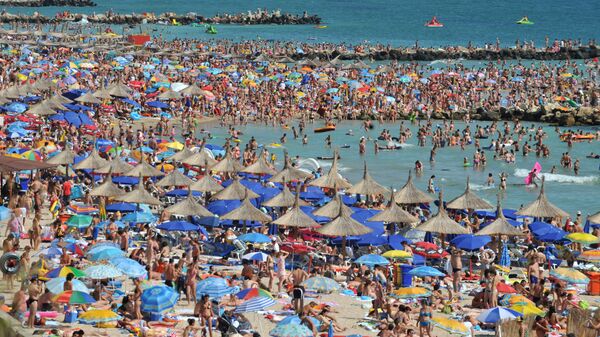 The solidarity shown by Romanian tourists in a Romanian seaside resort saved the life of two sisters.

The father of two teenage daughters, aged 15 and 16, desperately urged the tourists to help him save his drowning girls from the waves. The Romanians came to his aid, and dozens of people immediately formed a human chain, managing to rescue and bring the two girls back to the beach.

The footage showing the rescue operation was filmed and published on the Eforie Facebook page.