Barcelona attack. Experts: „This is a new reality, this could happen anywhere" 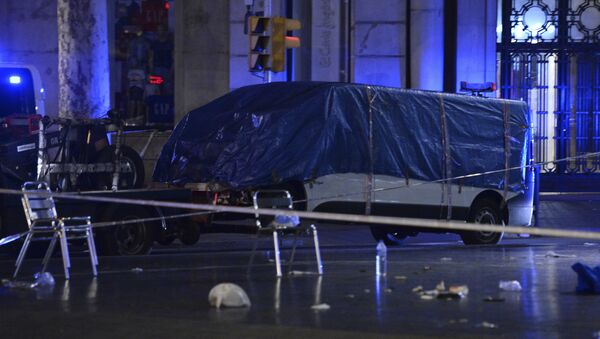 Following the terrorist attack in Barcelona, security experts warned that such acts of terrorism have become so widespread that they represent a new reality in the modern world.

BUCHAREST, 18 aug — Sputnik. Commenting on the terrorist attacks in Spain, security experts told RT that, in today's world, no country can provide sufficient protection against such increasingly widespread phenomenon.

13 people died and 100 were injured in the terrorist attack in Barcelona on Thursday night, when a van travelling at speed drove into dozens of people on one of Barcelona's most overcrowded boulevards. A second similar attack took place in Cambrils, 120km away from Barcelona, 7 people being injured.

Over the past two years, a series of attacks carried out by lone-wolf terrorists (who used vehicles as weapons) took place in several major European cities: Nice, Berlin, London, Stockholm.

Political analyst Nikola Mirkovic told RT that no country in Europe can consider itself sheltered from such a danger today.

„People have to open their eyes — two weeks ago it was Germany, last week it was France, this week Spain. No country — we're talking Europe but there were similar attacks elsewhere, in Maghreb, in the Middle East — can say it's safe from such an attack today," political analyst Nikola Mirkovic warned.

He stressed that this phenomenon has become so widespread that each month this could happen „in a new country, in a new place, in a new town".

Moreover, a British political writer, Dan Glazebrook, commented that these attacks are the result of the wars the West had been waging in the Middle East. In 2003, Spain and UK participated, along with US, in the invasion of Iraq. In the aftermath of this invasion, more and more swaths of territory were occupied by Al-Qaeda and ISIS. And this process „has continued right up to date in Libya, Syria and now, Yemen," the expert added.

„I think this is a new reality, yes, there's no getting away from it across Europe — this could happen anywhere," Annie Machon warned.

Machon also remarked that, although security agencies across the world are capable of collecting intelligence on high-profile lone-wolf terrorists, they often fail to carry out preemptive action, to ensure that such tragedies can never happen again.